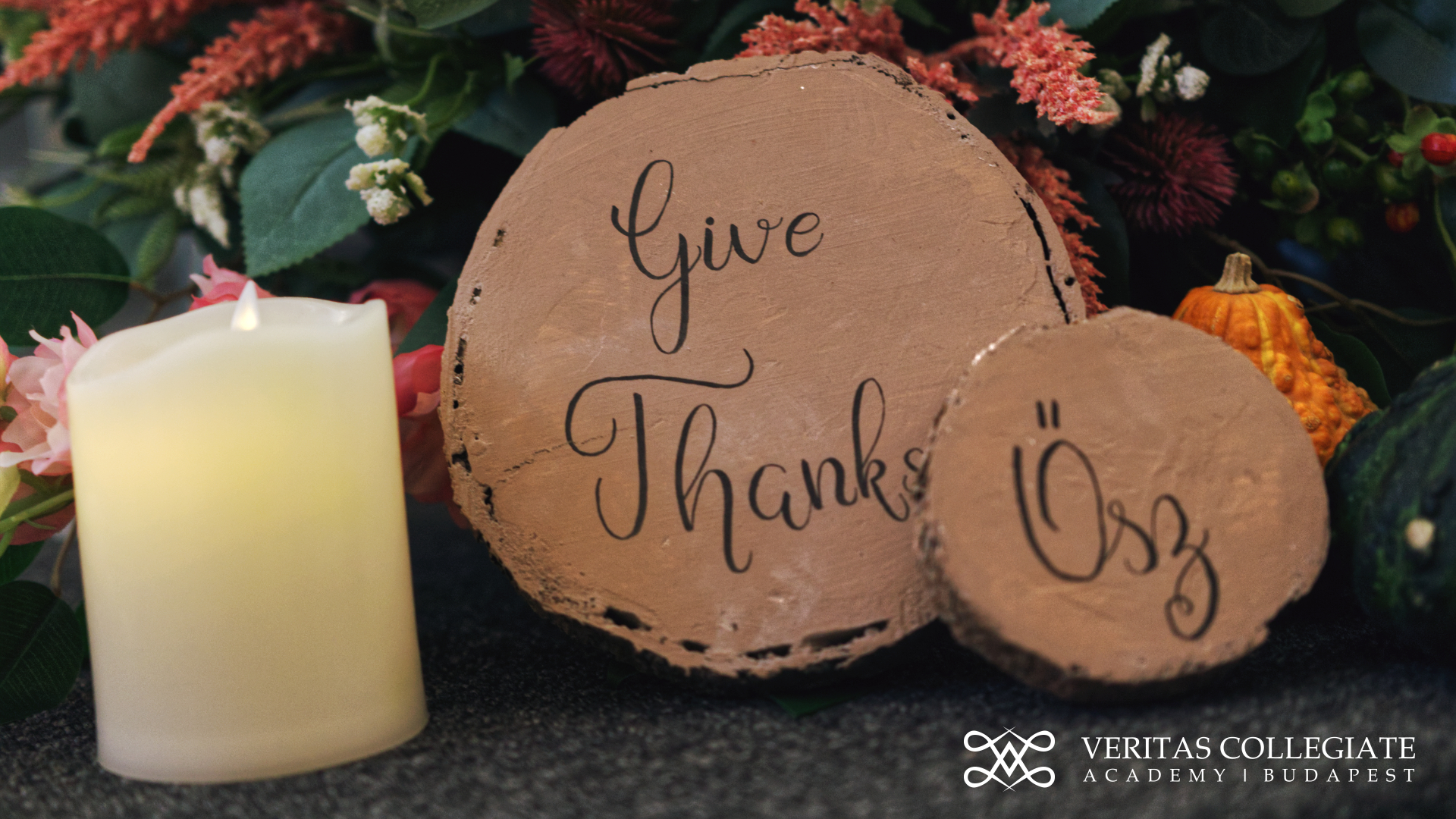 The Veritas Collegiate Academy Budapest held its Thanksgiving 2022 on the fourth Thursday of 24th November at the Tahitótfalu Baptist Church. The private event was attended by all three Veritas classes — 9. Phoenix, 10. Pathfinder and 11. Pioneer — as well as Veritas teachers and staff. The classes had seperate tasks: all members of 9. Phoenix and 10. Pathfinder had the opportunity to try their hand at culinary tasks as assistants to the American chef, Jason Roland. They learned how to make soup and main dishes. The parents provided sweets: besides the golden-green Veritas macarons, there was a variety of biscuits and cakes to choose from.

Meanwhile, the 11-graders (along with some 9- and 10-graders) prepared the tables and decorated the room appropriately with candles, fairy lights and crops of autumn.

After completing their tasks, the Veritas students were able to participate in various games before dinner. These included card and board games and a general knowledge quiz on Thanksgiving organised by Mr Đukić. Students learned that the tradition of the holiday dates back to the 17th century. On 16th September 1620, the Mayflower ship set sail from England with the first Puritan emigrants. The settlers initially had a difficult start in the New World: they faced cold winters and shortages of food. So only half of the immigrants survived the winter. Later they learned to hunt and grow crops from the Native Americans. As a sign of their gratitude, the settlers organised a feast for them; we know it today as Thanksgiving.

Before the dinner, all the members of the Veritas school prayed together, led by Dr. Béla Szilágyi, President of the Baptist Aid.
This made the Veritas Thanksgiving a truly intimate and blessed event.

The authors of the article: Villő Faragó and Viktória Fodor (11th grade students)